Whew! Six months have gone by 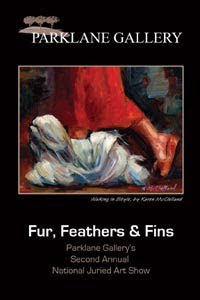 Who ever coined the phrase "time flies" was certainly right. I keep meaning to post on this blog, but never get it done. Despite hoping to change that trend in 2010, here it is February before I make a post. Let's see if I can turn it around now.

First I'll recap what happened in 2009 since my last post:

-- I won first place at a national equine art show

-- I joined Oil Painters of America

-- I chaired an all animal art show for Parklane Gallery, in Kirkland, WA, which was titled "Fur, Feathers & Fins". This was a huge, huge, (and yet again, huge) job. I have deep respect for folks who do this sort of thing all the time. The October show was great with a lot of funds going to various Pacific Northwest animal rescue groups. I also got to talk to some wonderful animal artists from across the country.

All in all it was a great experience that I wouldn't have missed, but it did have a downside. During those several months I hardly got any painting done! I was so busy working on the show, that I rarely got into my studio. But, one big perk, since there was not prior years winner for the postcard to advertise the show, the gallery said I could use one of my pieces. It was a wonderful extra for my volunteering all that time to do the show. The rescue groups involved sent out thousands of that postcard. And needless to say that painting sold! LOL. The postcard is above.

-- I did get into the Western Art Association, which means I will participate in their regular auction in Ellensburg, Washington in May 2010. Plus, the part I'm really excited about will be participating in the quick draw competition.

A quick draw is where a room full of artists (in all different mediums) create a work of art from scratch in one hour. There is beer and wine for the spectators, who wander around or just sit and watch. An announcer counts down the time. Not only at the end of the hour do you need to have the painting done, it needs to be in the frame ready to sell. So that means watercolorists, have hairdryers going, as their works are under glass. They have the mat and frame ready, dry it and frame it. As an oil painter, that means that yes, I am putting a frame on a very wet painting.

With a short break for the artists, and rearranging of chairs, the pieces created are auctioned off to the audience. I went over there and watched last year and thought it was a blast. I really look forward to doing it this year, since I am a fairly fast painter.

-- I've also been picked up by a new art gallery. It is the Fountainhead Gallery in the Queen Anne area of Seattle, (located at 625 W. McGraw St., Seattle, WA). Sue and Ron the owners are great, and they scheduled me for my first solo show in March (which is now just around the corner). Needless to say that's extremely exciting, and with the FFF show I was chairing over in October I got busy in my studio producing new artwork for the show. You'll hear more about the show when I get to my 2010 news.

I did start a facebook page, like folks have suggested. What am I doing with it so far -- nothing. I need lessons I think, and there seems to be never enough time. That should bring everyone up to speed on what I was doing in 2009. I'm sure there are things I missed, but oh well . . . .

I'll try to post again very soon with January and early February news.
Posted by Karen McClelland at 9:58 AM